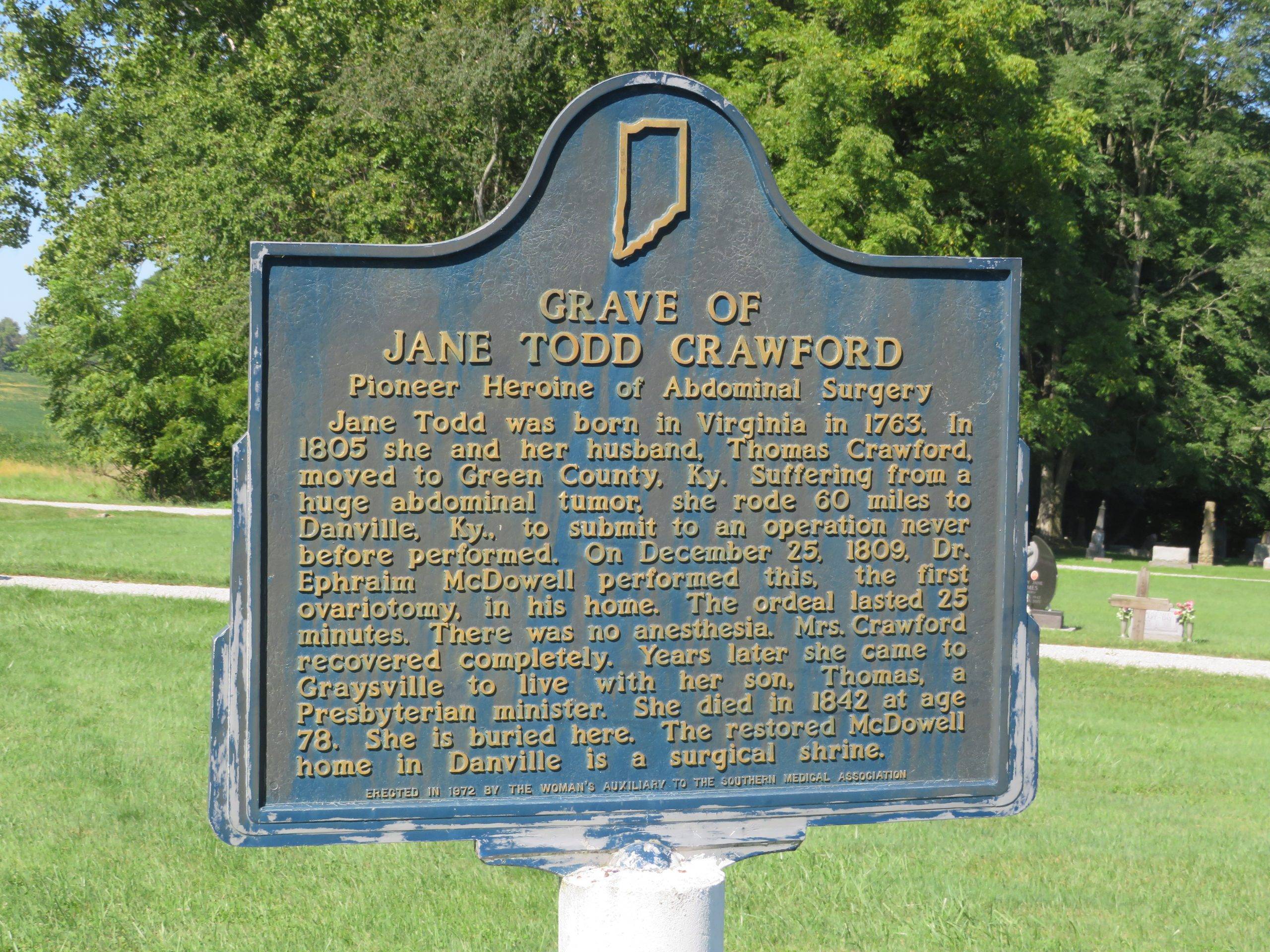 Location: West Side of SR 63 in Johnson Cemetery, 1 mile north of Graysville (Sullivan County, IN).

Jane Todd was born in Virginia in 1763. In 1805 she and her husband, Thomas Crawford, moved to Green County, KY. Suffering from a huge abdominal tumor, she rode 60 miles to Danville, KY. to submit to an operation never before performed. On December 25, 1809, Dr. Ephraim McDowell performed this, the first ovariotomy, in his home. The ordeal lasted 25 minutes. There was no anesthesia. Mrs. Crawford recovered completely. Years later she came to Graysville to live with her son, Thomas, a Presbyterian minister. She died in 1842 at age 78. She is buried here. The restored McDowell home in Danville is a surgical shrine.

Westernmost Naval Battle of The Revolution 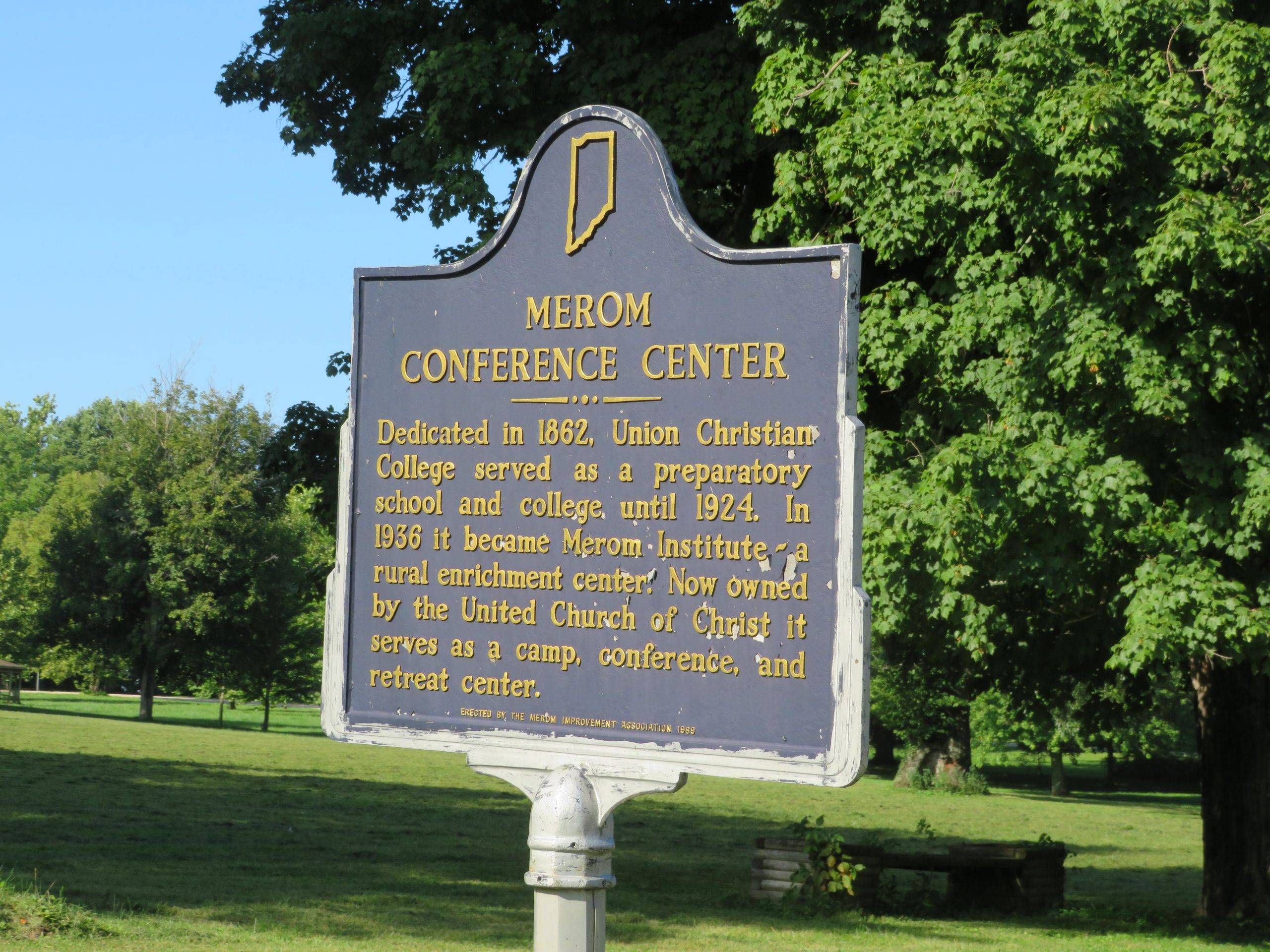 Dedicated in 1862, Union Christian College served as a preparatory school and college until 1924. In 1936 it became Merom Institute – a rural enrichment center. Now owned by the United Church of Christ it serves as a camp, conference, and retreat center. 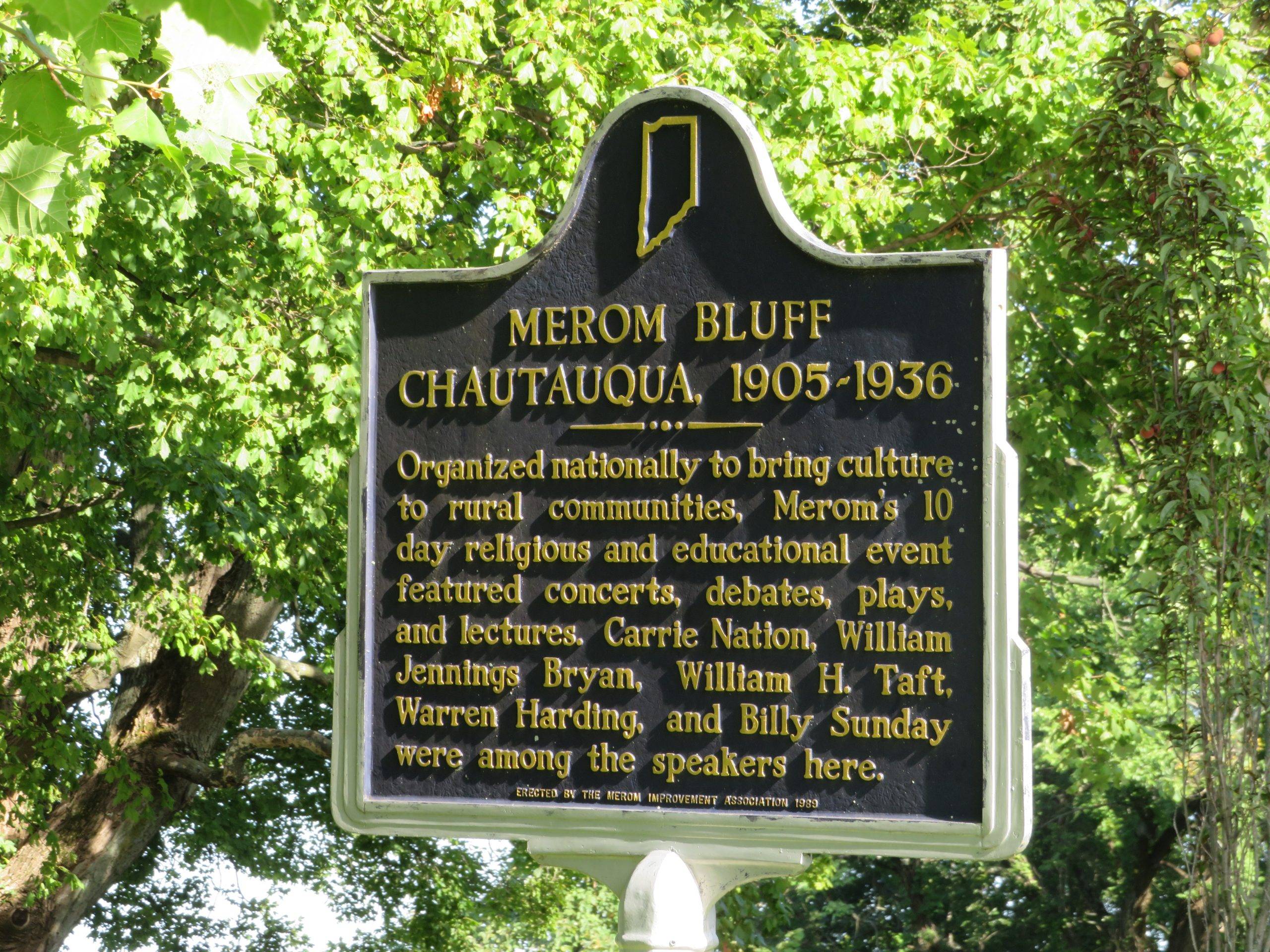 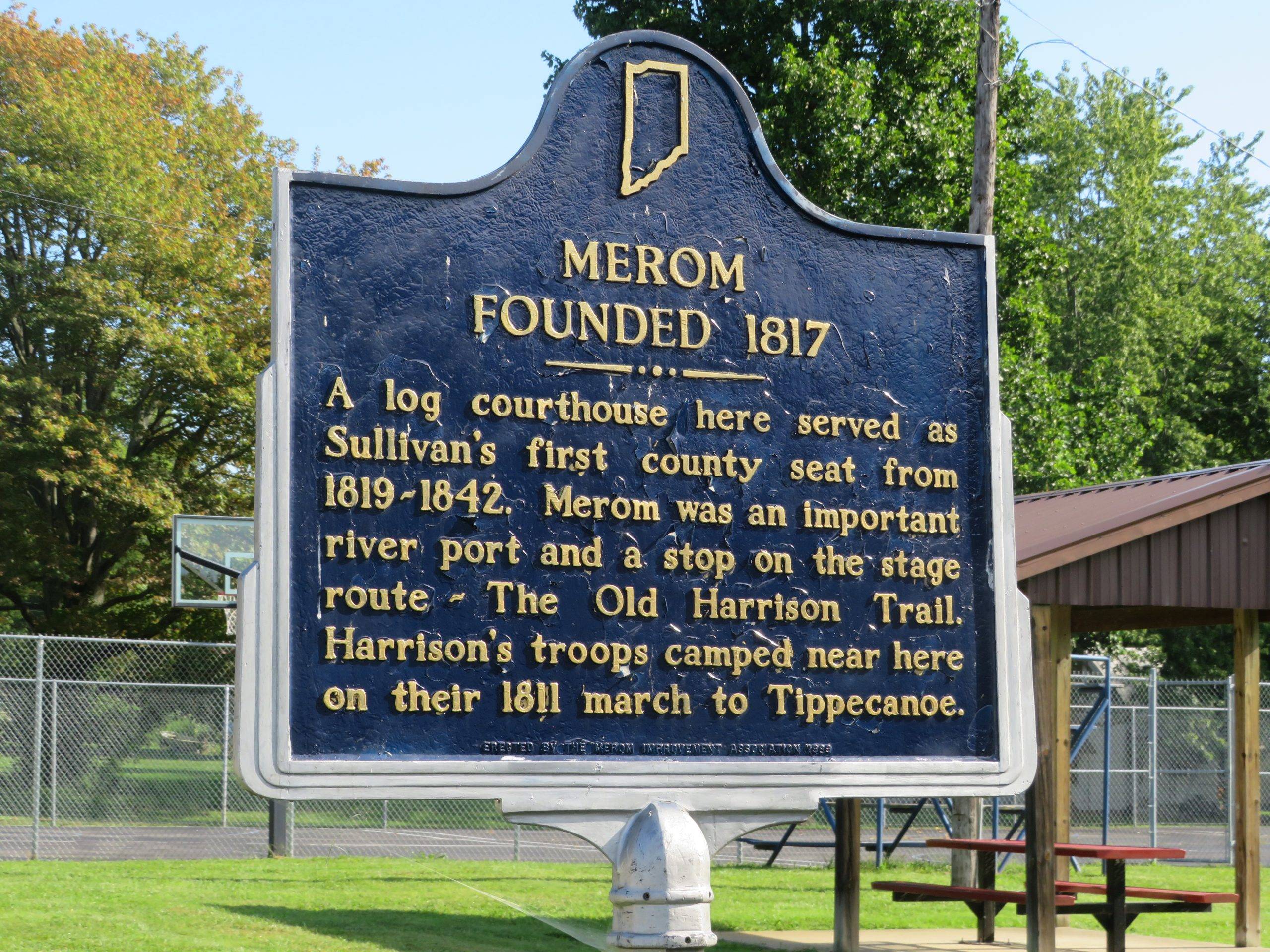 A log courthouse here served as Sullivan’s first county seat from 1819-1842. Merom was an important river port and a stop on the stage route – The Old Harrison Trail. Harrison’s troops camped near here on their 1811 march to Tippecanoe. 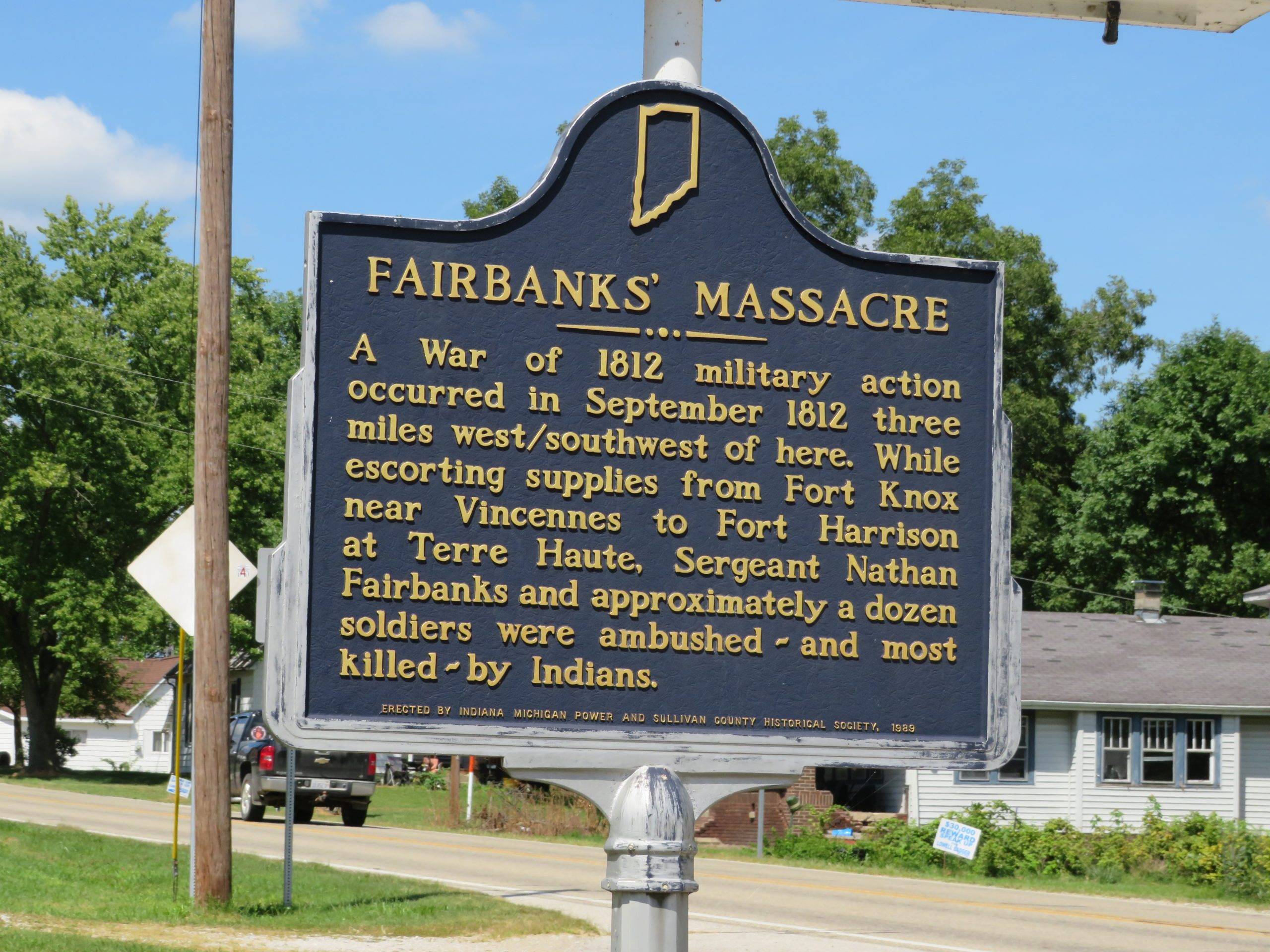 A War of 1812 military action occurred in September 1812 three miles west/southwest of here. While escorting supplies from Fort Knox near Vincennes to Fort Harrison at Terre Haute, Sergeant Nathan Fairbanks and approximately a dozen soldiers were ambushed — and most killed — by Indians. 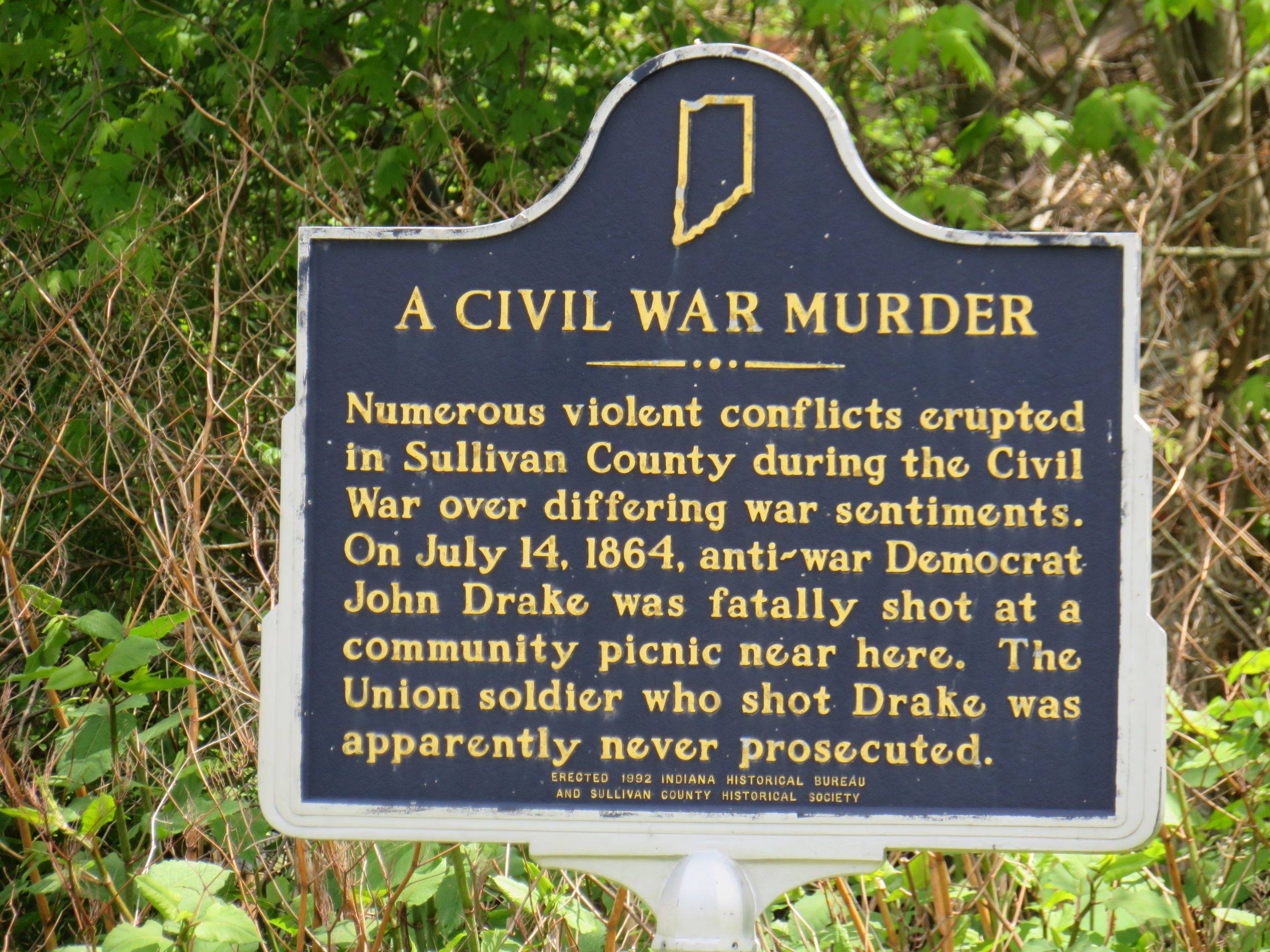 Numerous violent conflicts erupted in Sullivan County during the Civil War over differing war sentiments. On July 14, 1864, anti-war Democrat John Drake was fatally shot at a community picnic near here. The Union soldier who shot Drake was apparently never prosecuted. 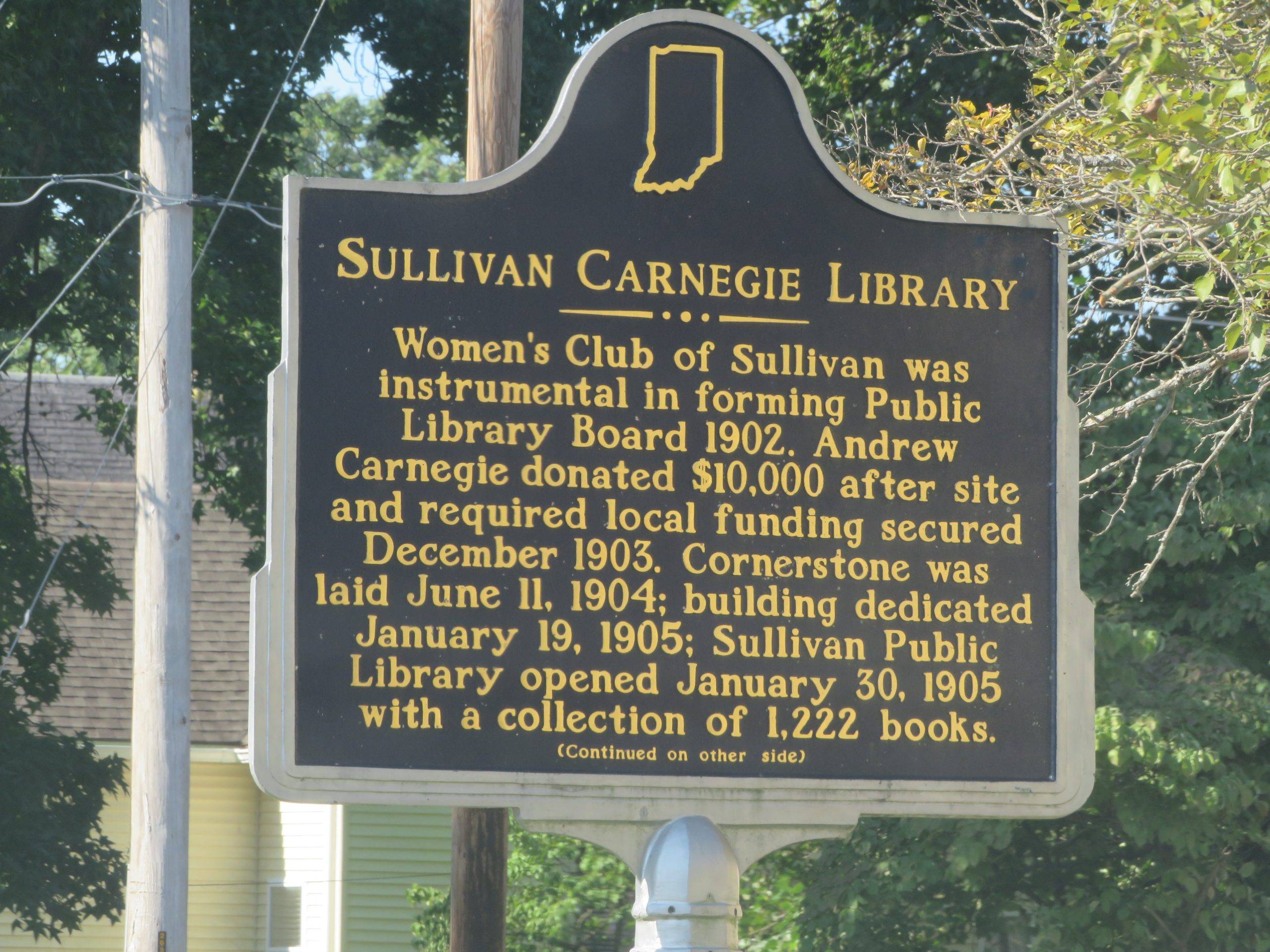 Built of Bedford limestone by architect Paul O. Maratz, its domed tower is an unusual Carnegie feature. Interior restored to original look in 1986, with 2,400 square foot addition in 1995. One of 1,679 libraries built in U.S. with funds from philanthropist Andrew Carnegie. Indiana built more Carnegie libraries than any other state.